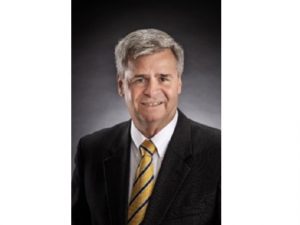 Northwest Iowa — Republicans in Iowa Senate District 1 have chosen their candidate to seek to fill out the unexpired term of former Senator Zach Whiting. Whiting resigned the position to accept a job in Texas.

At a party convention, Dave Rowley was selected to run to fill Whiting’s term, which runs through 2024. Rowley, who is a Spirit Lake businessman, will be the Republican on the ballot in a special election, which will take place December 14th to fill the 1st District Iowa Senate Seat.

There had been two Spirit Lake Republicans seeking their party’s nod for the special election. Barb Clayton and Rowley had both announced their candidacies on the same day.

There’s no word on whether there will be a Democrat candidate to face Rowley next month.

At this point, Senate District two is still comprised of  Lyon, Osceola, Clay, Dickinson and Palo Alto counties here in northwest Iowa. Voters in those counties will be going to the polls December 14th for the special election.