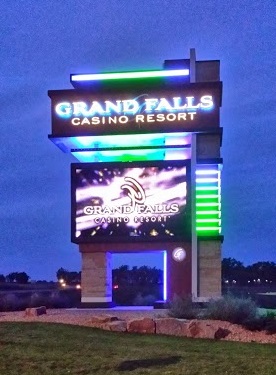 [1]Larchwood, Iowa —  A man who had run from DCI officers at the Grand Falls Casino near Larchwood on Monday, August 1st, 2022 is behind bars in Rock Rapids.

According to Iowa Department of Criminal Investigation (DCI) Agent Troy Nelson, the incident started when an individual presented a fake ID to security officers at Grand Falls Casino. The security team alerted the on-site DCI officers, who provided assistance. That individual, who was later identified as 21-year-old Ricardo Aurelio Herrerh had arrived at the casino with another individual who had stepped outside the building. When the DCI approached that person, who was later identified as 25-year-old Rigoberto Lopez Lopez, he ran from them and ran into standing corn, which gave cover.

Lyon County Deputies were called upon to assist the DCI agents at that time. The sheriff’s office reports that the Iowa State Patrol, the Sheldon Police Department’s K9, and Lyon County Emergency Management’s drone were all utilized in the search, which was unsuccessful at that time.

However, they tell us Lopez Lopez was located and was arrested at 9:40 a.m. the next day by multiple Lyon County deputies in the 1000 block of 110th Street near Gitchie Manitou State Preserve. He was charged with possession of a false license or ID card, possession of a controlled substance, possession of drug paraphernalia, and interference with official acts.

Herrerh was charged with interference with official acts, possession of drug paraphernalia, and unlawful use of a license.

Both men remain in the Lyon County Jail in Rock Rapids without bond.