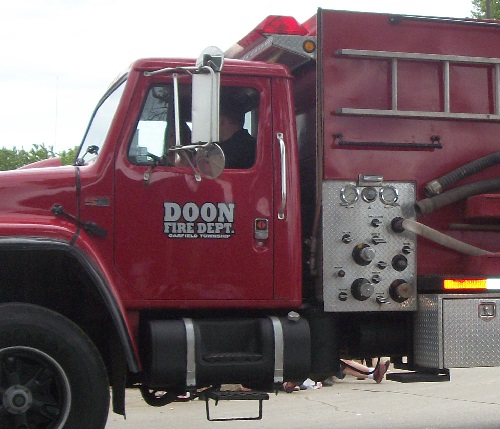 According to Assistant Doon Fire Chief Adam Van Engen, at about 8:25 a.m., the Doon Fire Department was called to the report of a hog barn fire at 2624 260th Street, a mile and three-quarters west of the south side of Doon.

The chief says the fire department saw insulation on fire in the rafters of the building as they approached the scene. He says the rafters were on fire as well. Van Engen tells us they made quick work of extinguishing the fire and then used their thermal imaging camera to search for and take care of hot spots.

Assistant Chief Van Engen says no injuries were reported. He says there were hogs in the barn at the time of the fire but they were all okay.

He says the cause of the fire is undetermined, but they know it started in a vent.

Assistant Chief Van Engen reports that there was fairly minor damage. He says they will need to replace five rafters, some steel and some insulation.

He says the firefighters who responded were on the scene for about 50 minutes.